Why should Schools Support Debate?

Many schools are working to adapt curriculum to the new Common Core Standards since the beginning of their development in 2009. The California State Board of Education adopted Common Core in 2010. So we wondered how debate fits with the new standards. Take a look at the California Common Core English Language Arts and Literacy standards below (7th grade is used as an example, but grades 6-12 are similar, if not identical for most of the standards). 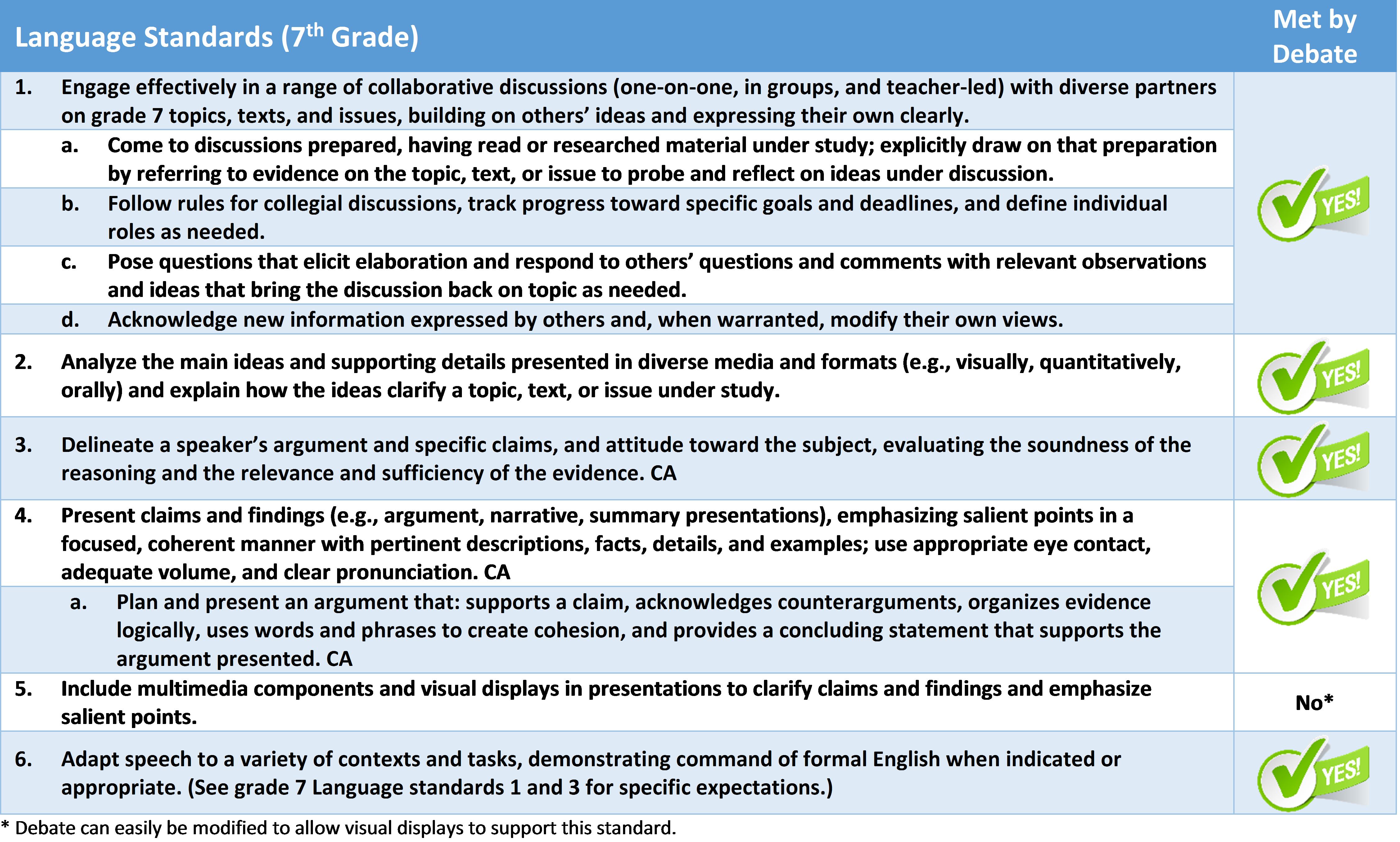 Of the 6 language standards, 5 are fully met through debate, and the one standard not currently met by debate could be met by allowing a debate with visual displays or a multimedia presentation. Now take a look at the writing standards and speaking and listening standards below. 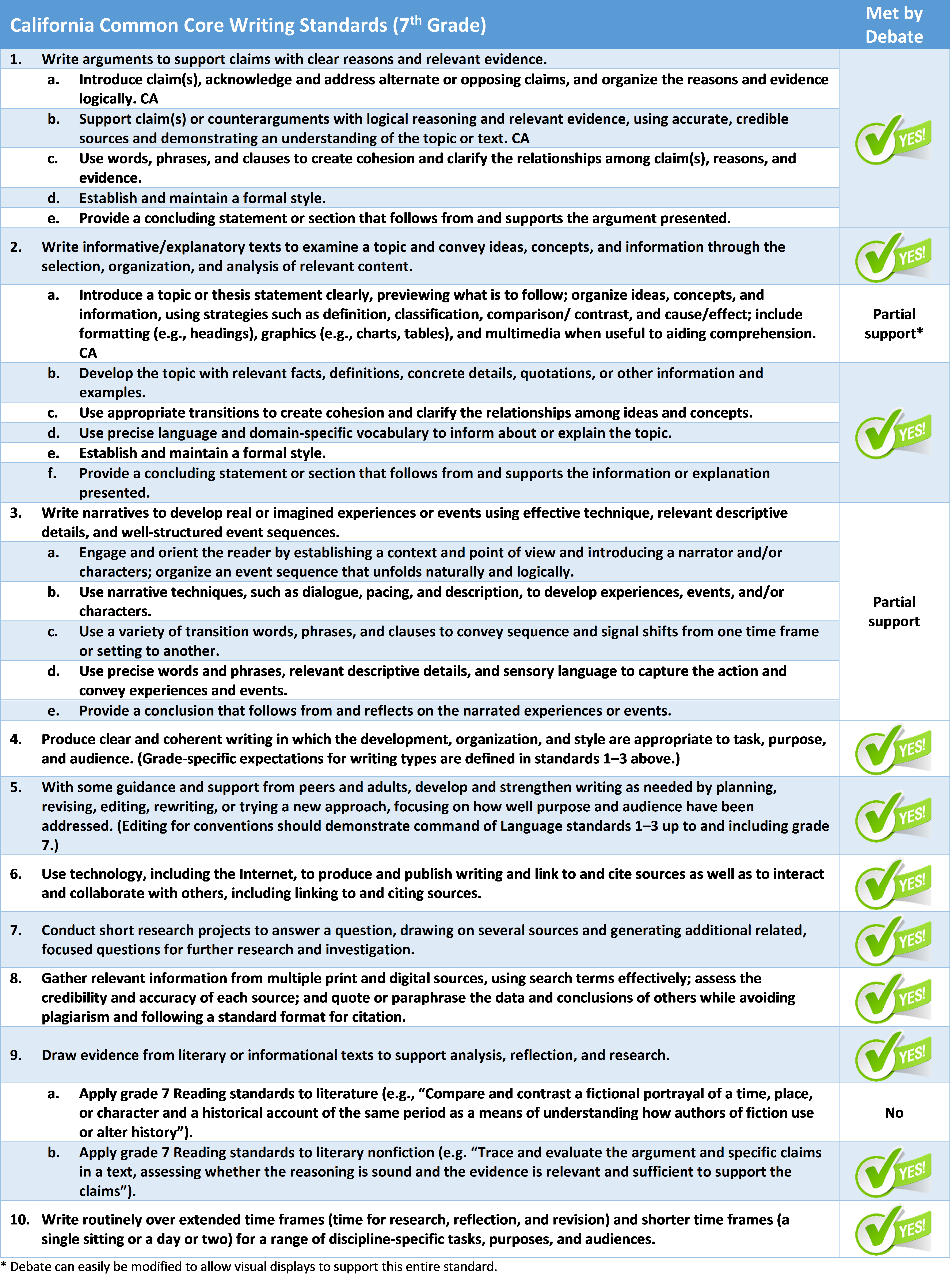 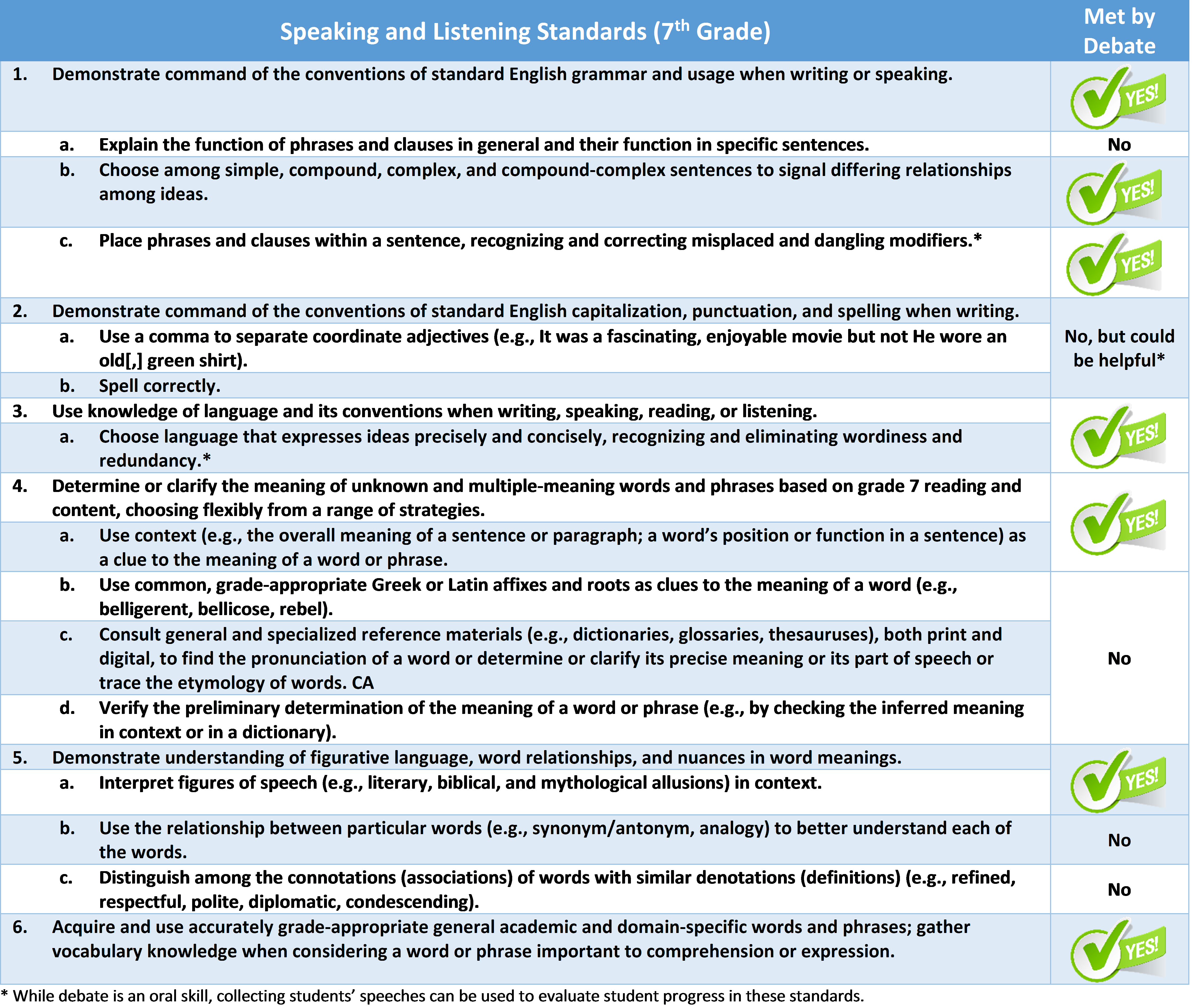 Of the writing standards, 7 are fully met through debate, and 3 are partially supported. Of the partially supported standards, a modified debate allowing visuals or asking students to turn in a written speech including visuals could easily allow complete support for that standard. Surprisingly, the speaking and listening standards are the least supported by debate. Only 2 of the 6 standards are fully supported by debate. Why? Because of speaking and listening standards’ emphasis on students’ ability to define and compare specific words and groups of words. Debate focuses on research, communication, critical listening, evaluating, and responding; but less on individual words and decoding their meanings.

So a single activity, debate, can be used to meet 16 out 24 of the language arts standards. Considering that debates focusing on relevant current events, it also supports students in other subjects including history and science, not to mention numerous other skills. So we think that it would be easy to layer in additional activities into the curriculum to fill the gaps in the standards, using debate as a powerful tool to help student growth, but we’ll leave that conclusion to you.